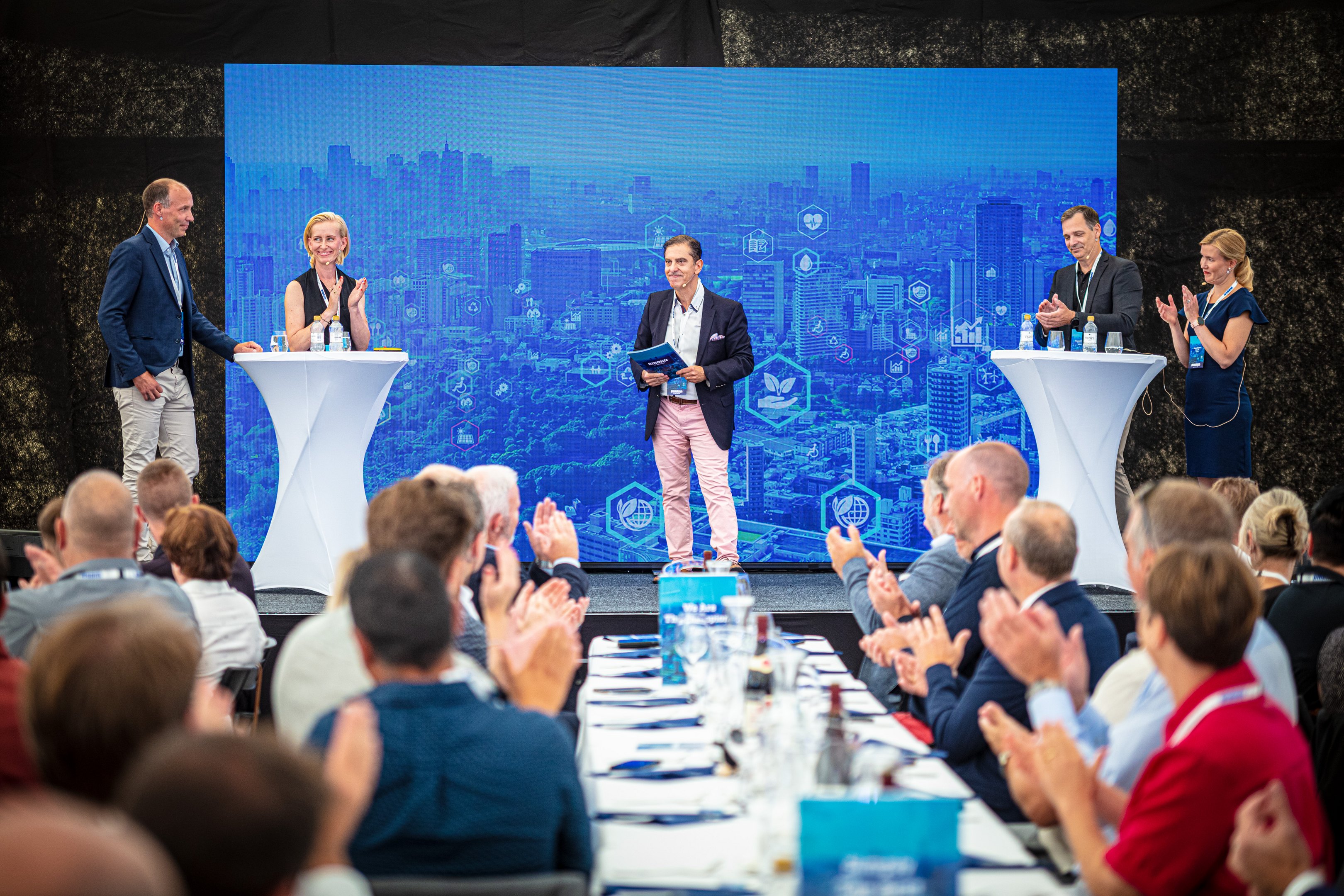 Get ready for the future MEWP

Our DINO Talkx-series continued August 25 as four panellists discussed the powered access industry, as well as how the future will look with a growing need to adopt new technologies and become greener and safer.

The DINO Talkx was organised as a hybrid event hosted by André Noël Chaker, an award-winning public speaker and writer. The panel comprised of Minna Salmi, the new Finance and Business Director at Dinolift, Thomas Bülow, Senior VP EMEA of Trackunit, Milla Törmälä, CEO at Vatupassi, and Lars Sørby, Owner and Chair of the Board at Sørby Utleie.

Salmi opened the discussion by expressing how important it is to hear the thoughts of Dinolift's partners on the need for the industry to become better equipped for upcoming challenges. The conversation continued with an approach that engaged the participants far more than the usual panel setup. 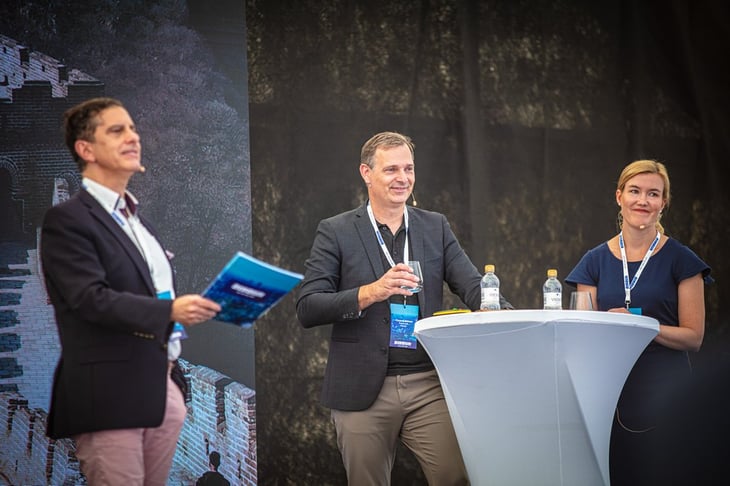 Thomas Bülow (middle) wants to break down the barriers that exist even within companies and Minna Salmi pointed out that uncertainty regarding technologies is slowing down progress.

Being slow to adopt new technologies was said to be one reason the powered access industry is falling behind. So, what is the industry’s biggest barrier in delaying the adoption of innovative technologies? The panellists were each asked to answer the question with a single symbolic picture.

Törmälä had chosen an image of a group of identical, suited men giving a thumbs up, and she said that a lack of diversity is one of the barriers: "We need to be more willing to try new things and not to be afraid of different ideas and technology."

The next picture of the Great Wall of China was picked by Bülow.

"It's related to what Milla Törmälä was saying. The wall is a metaphor: you want to keep somebody out. I'm still amazed how we put up barriers even inside our own companies. Let's get in the same boat and figure out which technologies we can all leverage," he urged.

The next image showed a puzzle with different pieces and was presented by Salmi.

Sørby's choice was trickier to interpret since it was a photograph of his mother.

"My mother always said no when I wanted to do something as a child," he elaborated. "I think she was afraid of what would happen to me. But that's one of the biggest barriers for companies as well – people prefer the status quo." 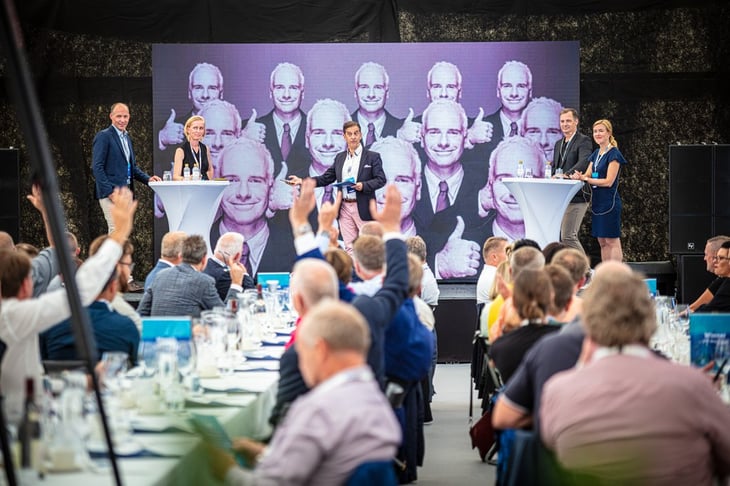 The audience was asked to guess which image on the screen was chosen by which panellist.

Respect, collaborate and lead by example

The powered access industry is driven by a strong commitment to safety, but what approaches could be fostered to strengthen that culture even more?

According to Salmi, there are several ways: "One is leading by example. You can act safely today and encourage others to do the same." Törmälä agreed, adding, "I think we should give respect to the employees who are doing the hard work, so that they want to do it in the safest way possible."

Bülow and Sørby both saw collaboration as key.

"Since we're both involved in the tech industry, I think we find it extremely important to collaborate when collecting data to improve safety," began Sørby. "That is spot on," noted Bülow, who expanded by saying, "We need to remove the red tape and work together not only within our own companies but also across the whole industry." 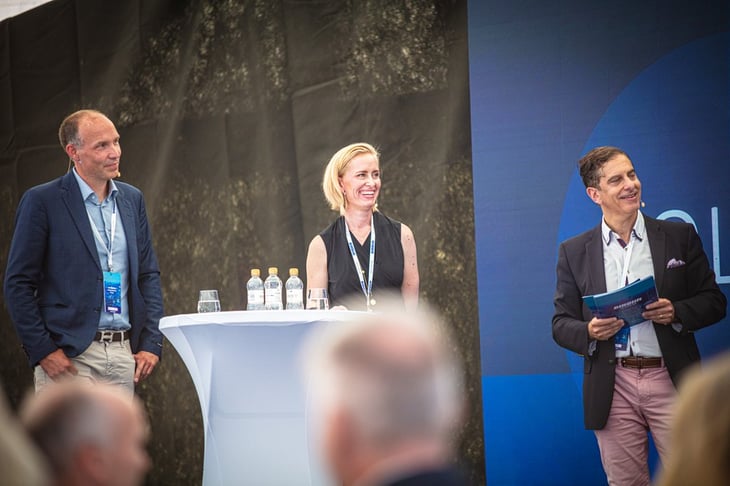 Lars Sørby (left) emphasised the need for better collaboration and Milla Törmälä agreed that we need to be open to discuss how to make the industry greener.

The last topic discussed was sustainability and how to make the industry greener over the next five to ten years.

"We all need to identify how to reduce our own carbon footprint. It's like when flight attendants tell you to put your own oxygen mask on first if there is an emergency," compares Sørby.

However, Salmi concluded by saying, "It's the full use of data and telematics to increase utilisation rates, have less transportation between sites and choose the correct machines for the job. When we have more data over the full lifecycle, we are more aware of the total environmental impact. This is how we can make greener choices in the industry." 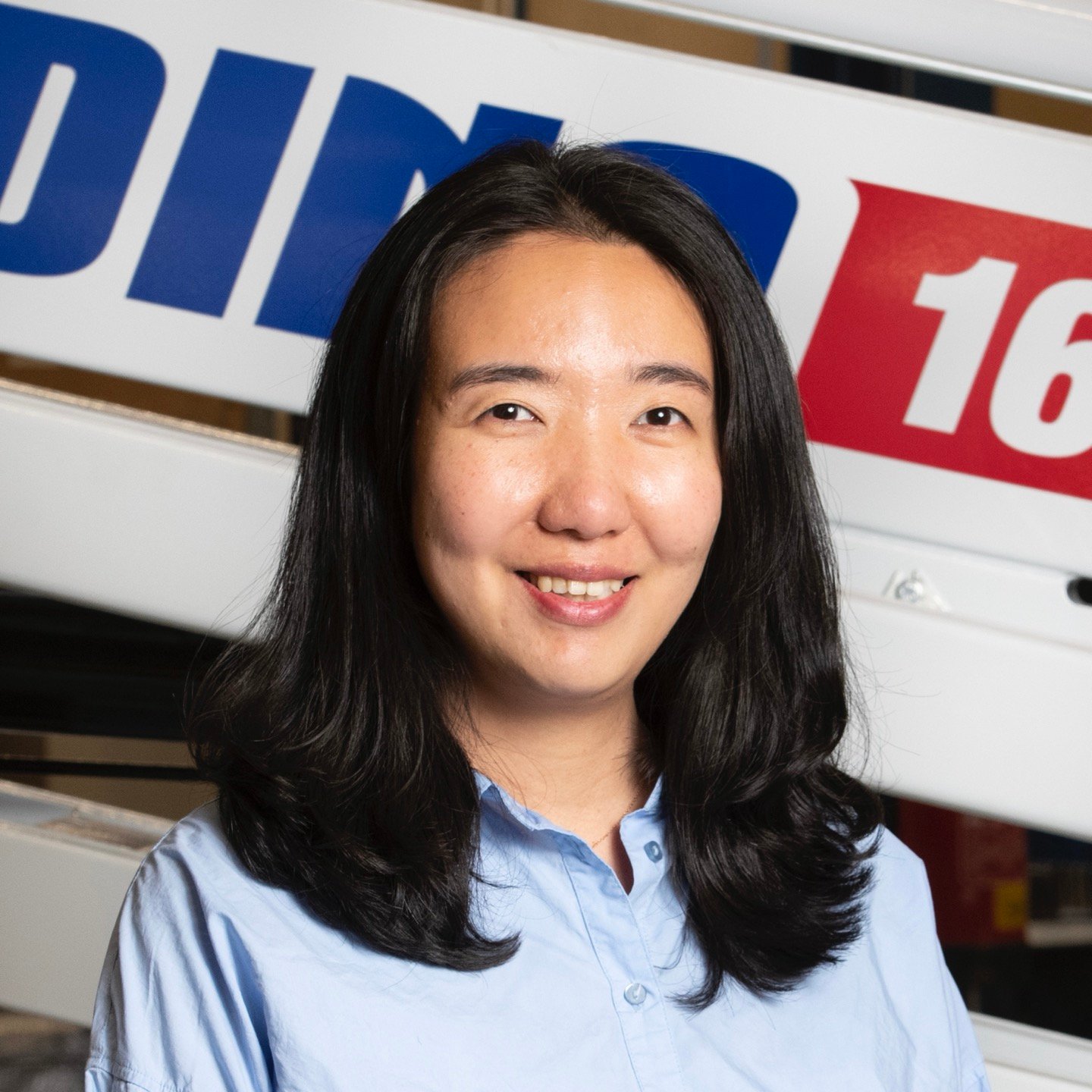