The Key to Success?

Dinolift was recently awarded the Finnish Key Flag symbol, which will now be proudly displayed on all its machines. But what does it mean and why should we care?

Put very simply, the Finnish Key Flag Symbol proves that a product has been made in Finland. Companies are able to apply for and display the symbol if their actual manufacturing process takes place in the country and more than 50 per cent of production costs are incurred domestically within Finnish borders.

For more than half a century, this small Finnish flag contained within an image of a key has been reassuring customers that the product they are purchasing encapsulates all that is good about Finland – honesty, trustworthiness, transparency and quality produce.

It also allows the people at Dinolift the opportunity to further strengthen and align their core values – responsibility, trust, safety, reliability and quality – with thousands of other Finnish brands.

Ari Kaapola, Dinolift’s Supply Chain Manager, says this is important to the company. “Being a Finnish company is very important to us at Dinolift. Although our products have met the criteria for the symbol for years, we decided that the time was right to make this official. While the minimum requirement is 50%, we currently sit at around 70% in terms of Finnish-made components and we want the world to know!”

Apart from displaying the flag on all machines, what does it really mean to take possession of the symbol? “For us, it proves that we have a long-term relationship with our local suppliers,” says Kaapola. “We have worked with them for many years and we know each other inside-out. We are able to get things really quickly and they know we don’t accept anything less than the best. This has been especially important during the past year and, of course, supporting businesses in the local area is essential.” 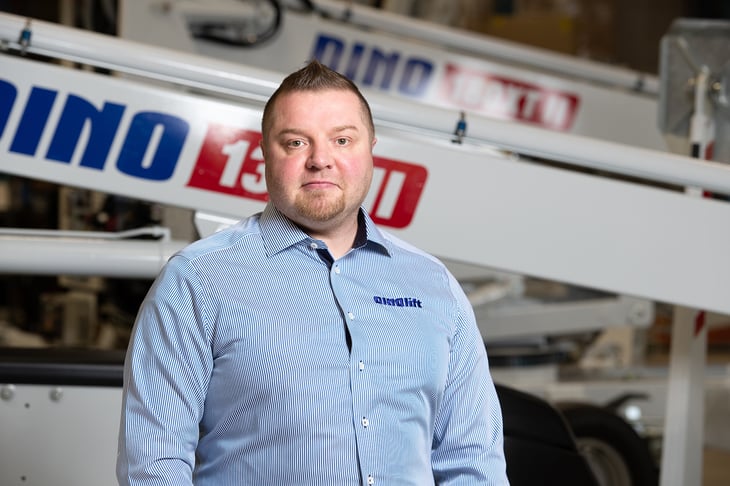 While consumers and B2B customers within Finland have been seeking out the key for decades, it is perhaps not as well-known on the international front. With more than 5000 members, it is certainly gain importance. Tero Lausala, the CEO of Suomalaisen Työn Liitto (Association for Finnish Work) which is in charge of awarding the symbol, believes that Finnish quality is something that is becoming more and more recognised around the world. “While in some countries being from Finland might not mean much, in certain markets, such as Germany, Russia and large parts of Asia, being Finnish means a great deal. We have a reputation for high-quality products, but also delivering what we promise and there is a certain expectation that comes with that.”

Kaapola agrees. “People trust in certain values and ethics. When I travel abroad, being Finnish automatically brings a certain degree of mutual respect. It goes beyond the DINO name and sometimes it feels as though I am representing a whole society,” he says with a smile. 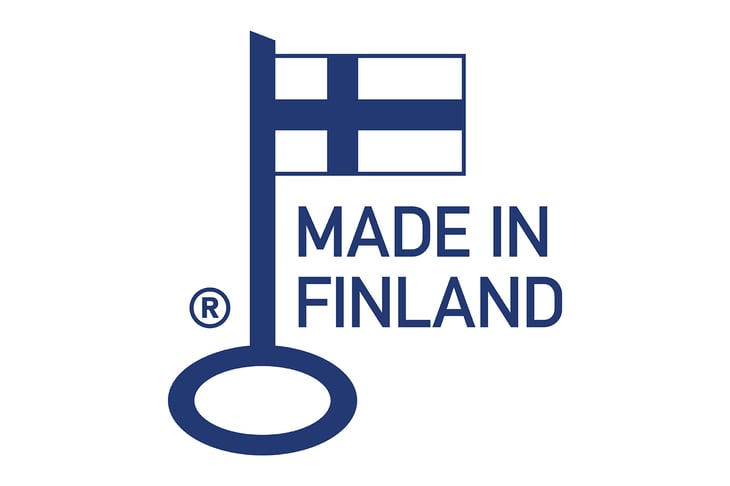 Getting the symbol is not as simple as declaring you are Finnish, however. Lausala informs that “Once a company has gone through the application process paperwork, an independent application committee, made up of professionals from a wide range of industries, then decides if the key symbol can be awarded. This is an important step, which provides credibility to the process. Further, an official from the Finnish Ministry of Trade and Industry also signs the final certificate, which is important as well.”

“It took us around six months from start to finish. The process was very thorough and we had to provide a great deal of information about various data and how we go about things. However, we saw this as a good thing, as it meant that this was clearly something worth having.”

There is only light monitoring of companies to ensure the rules are not broken and that is mostly due to the famous Finnish desire to tell the truth. “The companies are usually very honest with and inform us if they have a change in circumstances,” Lausala says. “And if they are not, we find that other companies are not shy when it comes to letting us know of a competitor’s breach,” he laughs.

With the increased push towards globalisation, will Dinolift be tempted to go the way of competitors and source from potentially cheaper countries? Not according to Kaapola. “I have a strong feeling we will remain steadfastly Finnish. In fact, it really doesn’t cost us much more to source from Finnish suppliers. We are a small country, which means we all need to stay competitive on a global scale. Plus, we have a long history in Finland and that is not something you give up easily.”

Karin is our Managing Director and the co-owner of Dinolift. During her time in operative roles at the company she has mainly held sales and marketing-related positions and is passionate about developing excellent long term customer and distributor relations. In her spare time she does jogging, preferably in the forest and listening to a good audiobook and outdoor strength training to keep up the energy levels. And whenever there is karaoke, Karin will be there!